Our customers were trying to do more than we expected with our incident management tools. They were attempting to run all kinds of business processes. Feature requests were getting unwieldy in a system designed for tracking and managing temporary problems.

Design and Tech debt was bogging down the entire product, and the new Head of Engineering was calling for a total re-write.

As the sole designer at this startup attempting a major pivot, I hired on a Senior Product Designer, and went to work on this extremely ambitious new project.

We needed to invent a modern approach for process management that met a laundry-list of needs we had collected over the last few years.
‍
We needed to create a product that allowed us to:
- Be a simple, no-brainer upgrade/switch for current customers
- Migrate most system data from the old version
- Support extensive leadership oversight functionality
- Engage individual contributors by streamlining their work

Inspired by Intuit's mission alignment pyramid, I created one for this company vision: 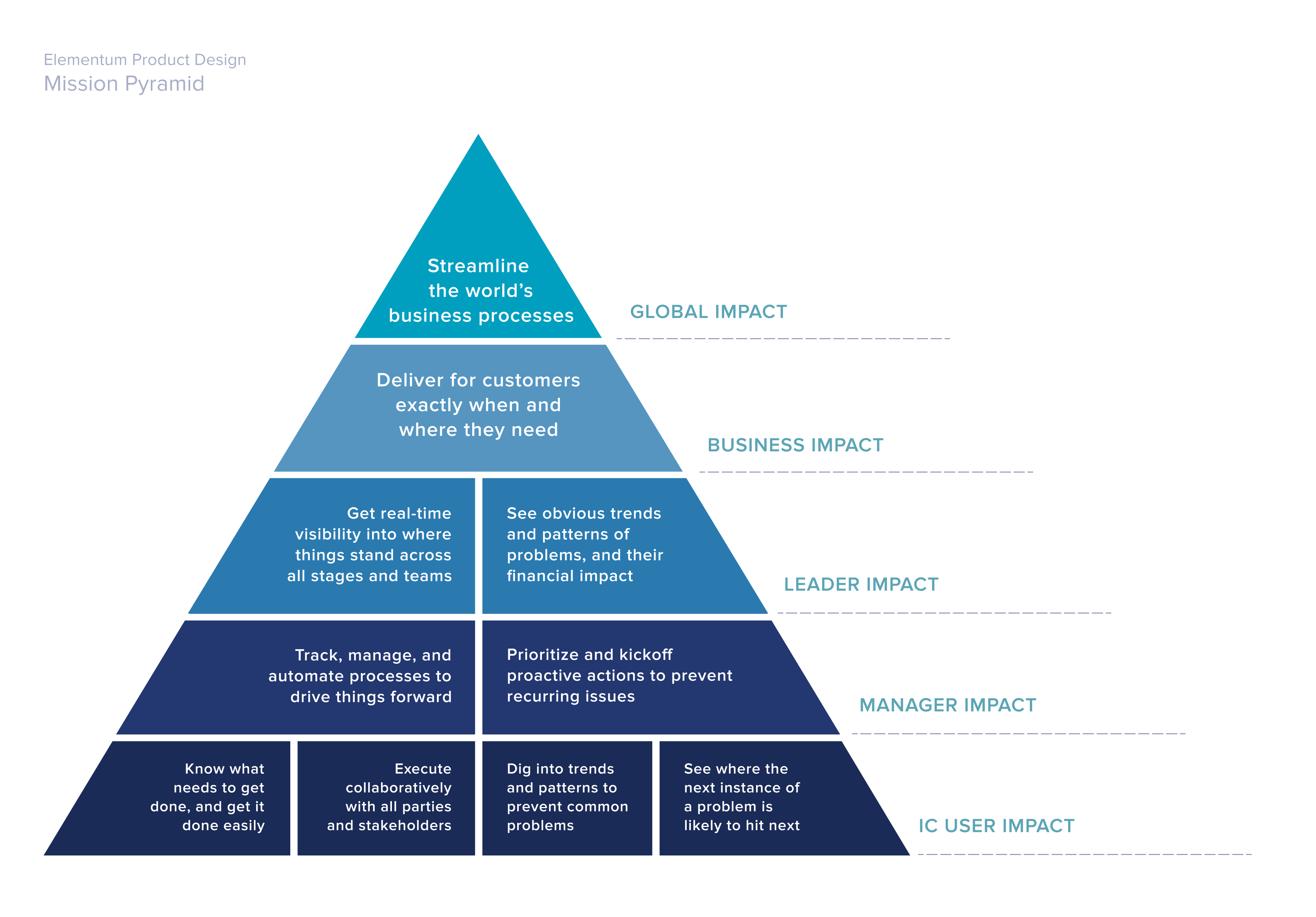 Who is this experience for?

The company was narrowing its focus to Supply Chain users in Food & Beverage companies, but within that, anyone interested in any process was a target user.

Although the pool of target users was incredibly diverse, we generally broke the user types into two buckets; Process Managers and Process Drivers.

- Process Managers wanted to understand what was going on with their teams, and how to improve collaboration and efficiency.

- Process Drivers typically felt one of two ways: either excited to engage in new technology and see increased accountability across teams, or quite comfortable with the status quo and wary of more overhead.

I had already established a healthy process of regularly user testing our work with users and prospects, and because I had been hearing from our customers for years, I had internalized both the power and shortcomings of the old product.

This allowed me to quickly wireframe concepts for how a new system might work. 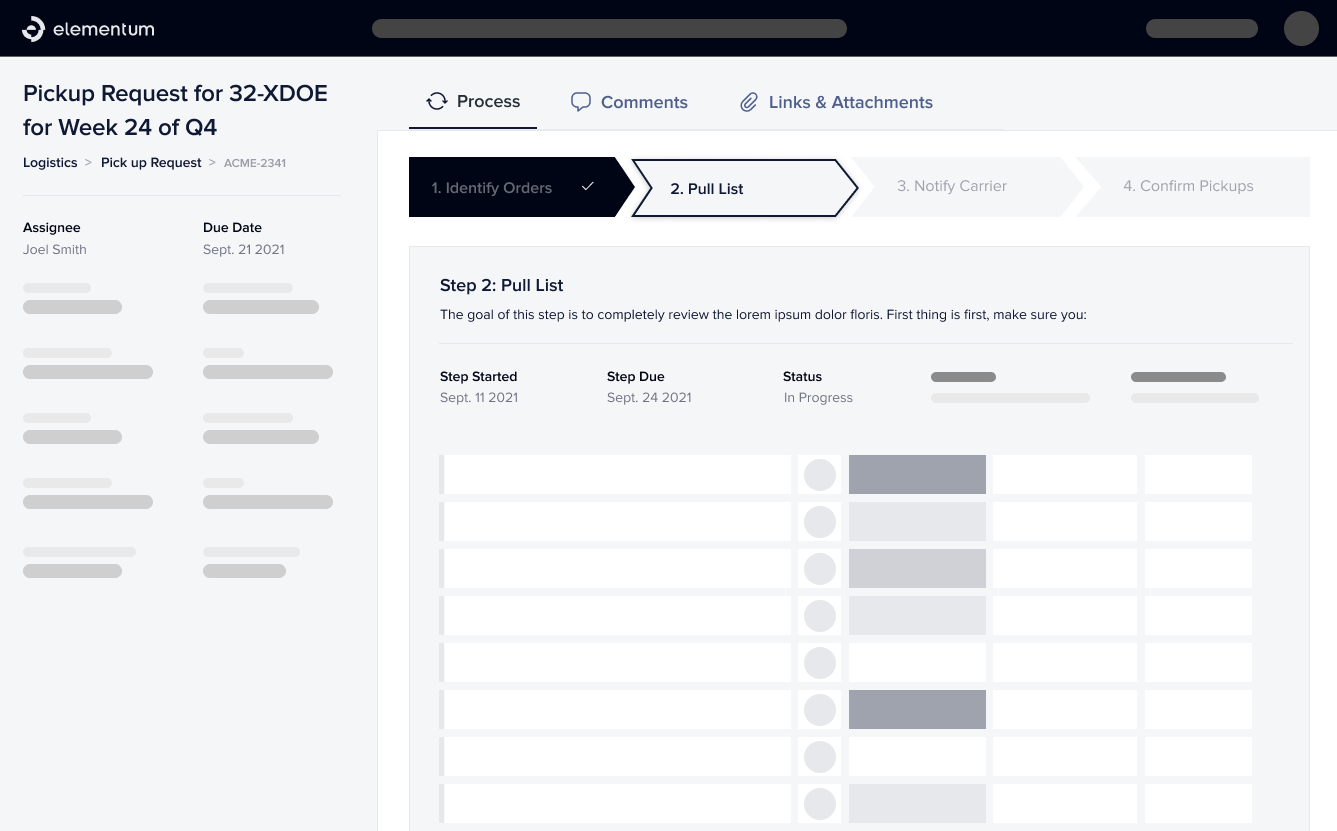 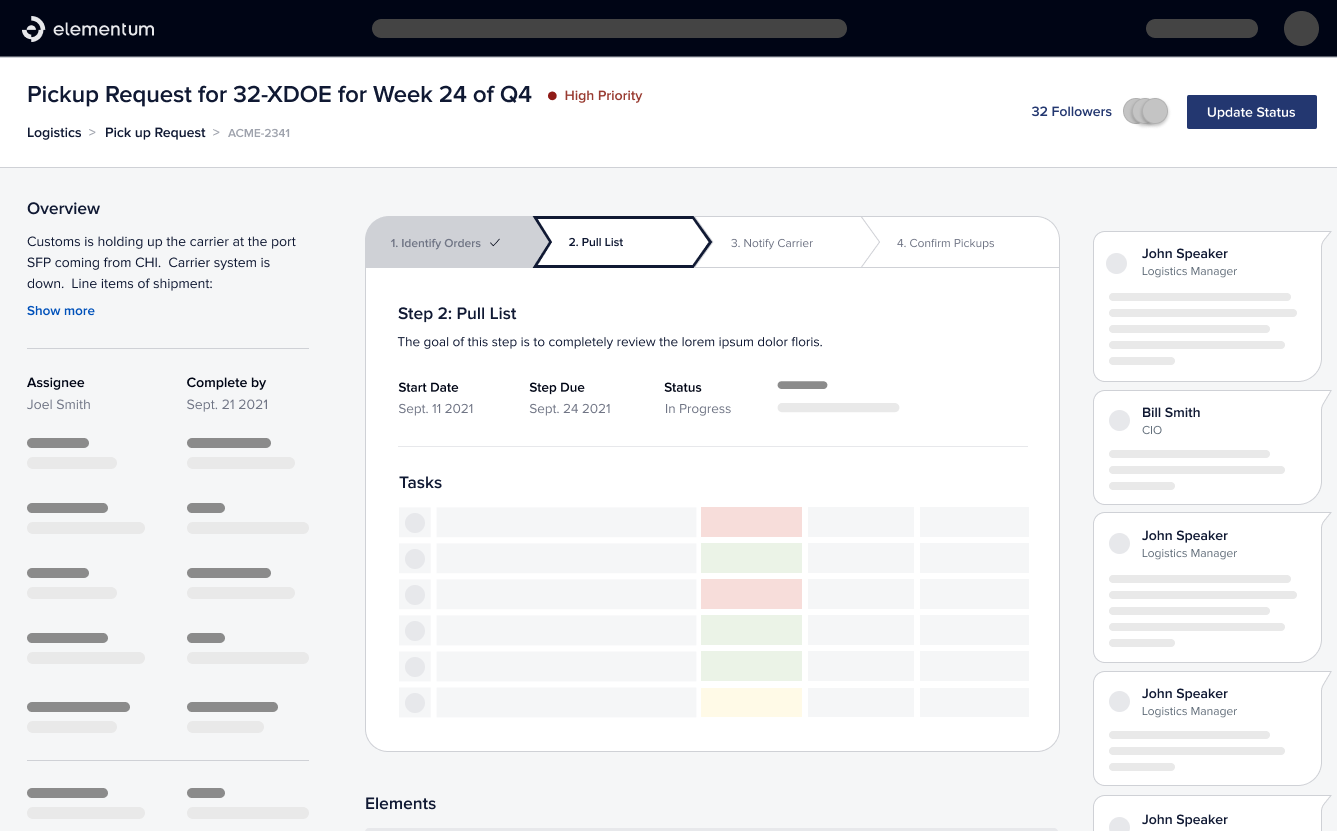 After a few rounds of iteration working with the CEO to review with key customers and prospects, we landed on something that felt right, and I created a clickable prototype to illustrate the potential experience.
‍
A gif of the prototype I created:

A core paradigm of the old product (that we wanted to preserve and enhance) was the user always had the ability to pivot any list of active work items, to an analytic view of that same work, that allowed both historical analysis, and live identification of various teams' current focus. 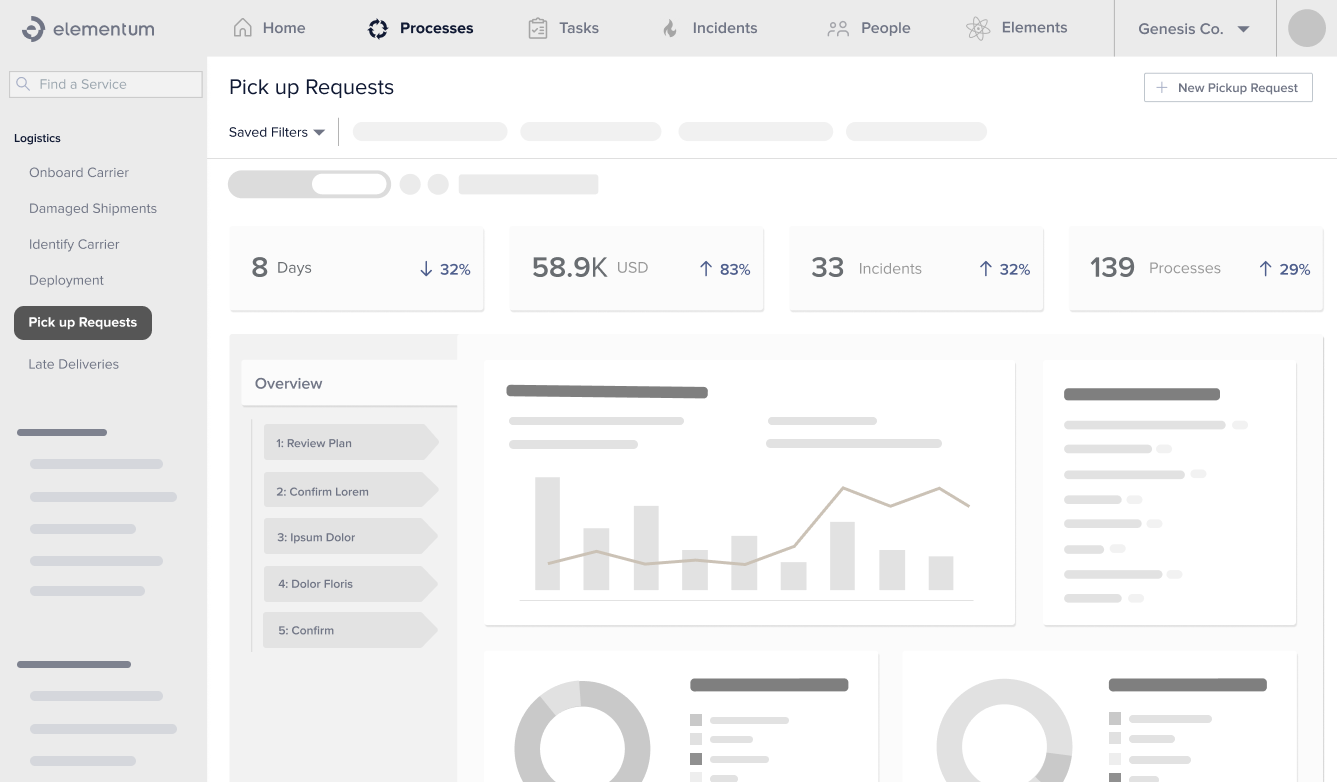 Fleshing out the details

I worked closely with my Senior Product Designer, as we needed to move swiftly. I handled the research, interaction design, and wireframing, while he managed the final designs, microanimations, and engineering specifications. 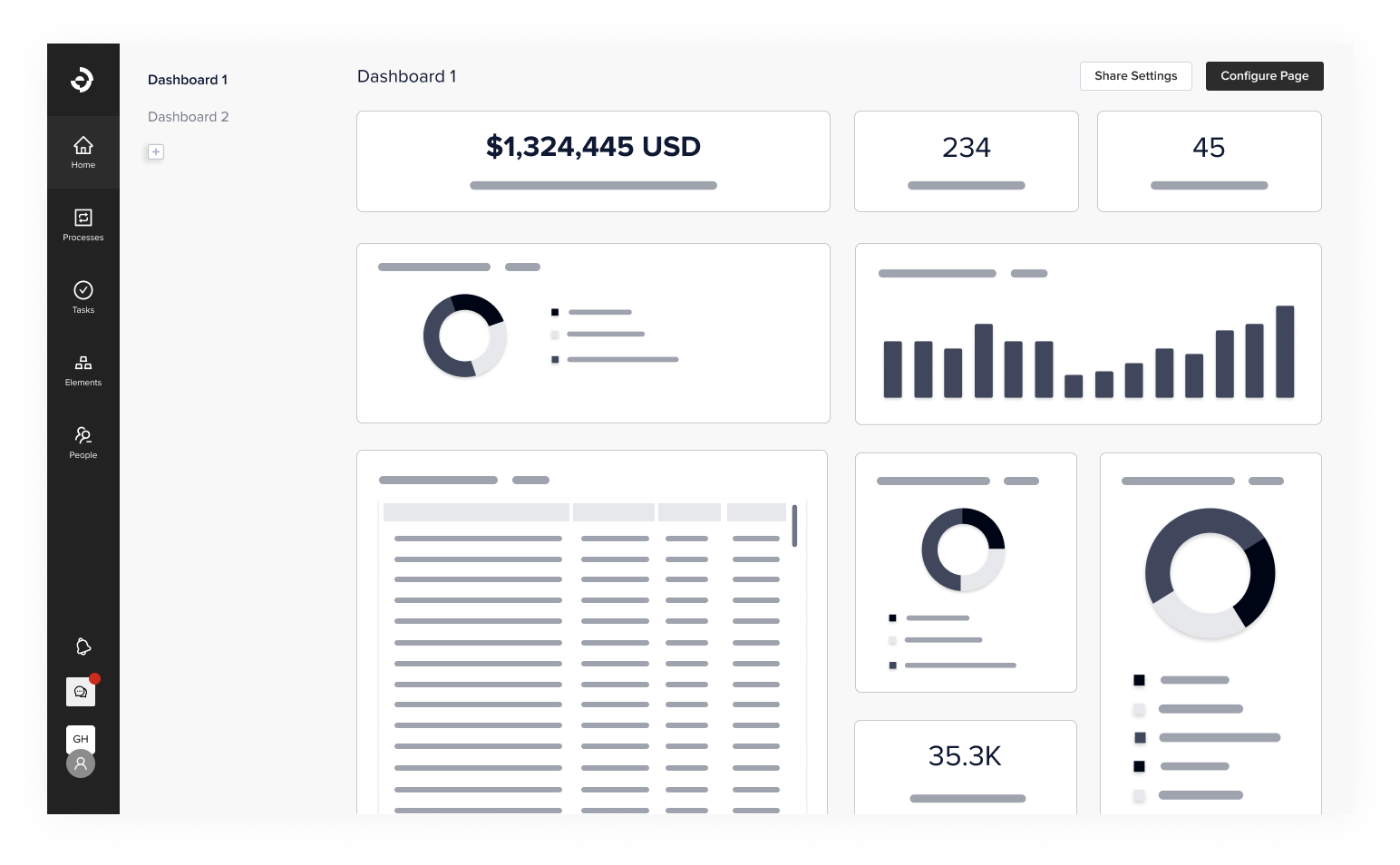 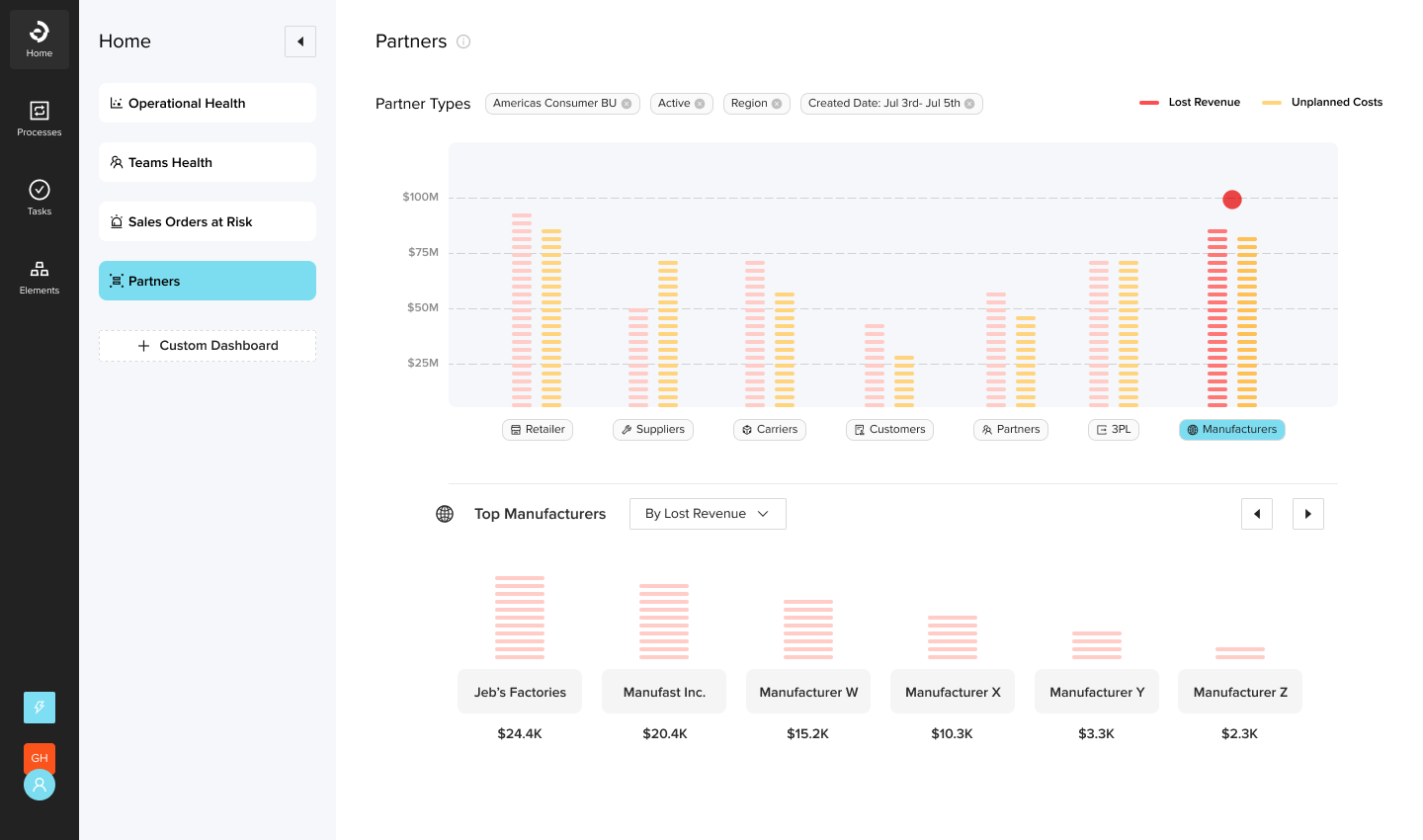 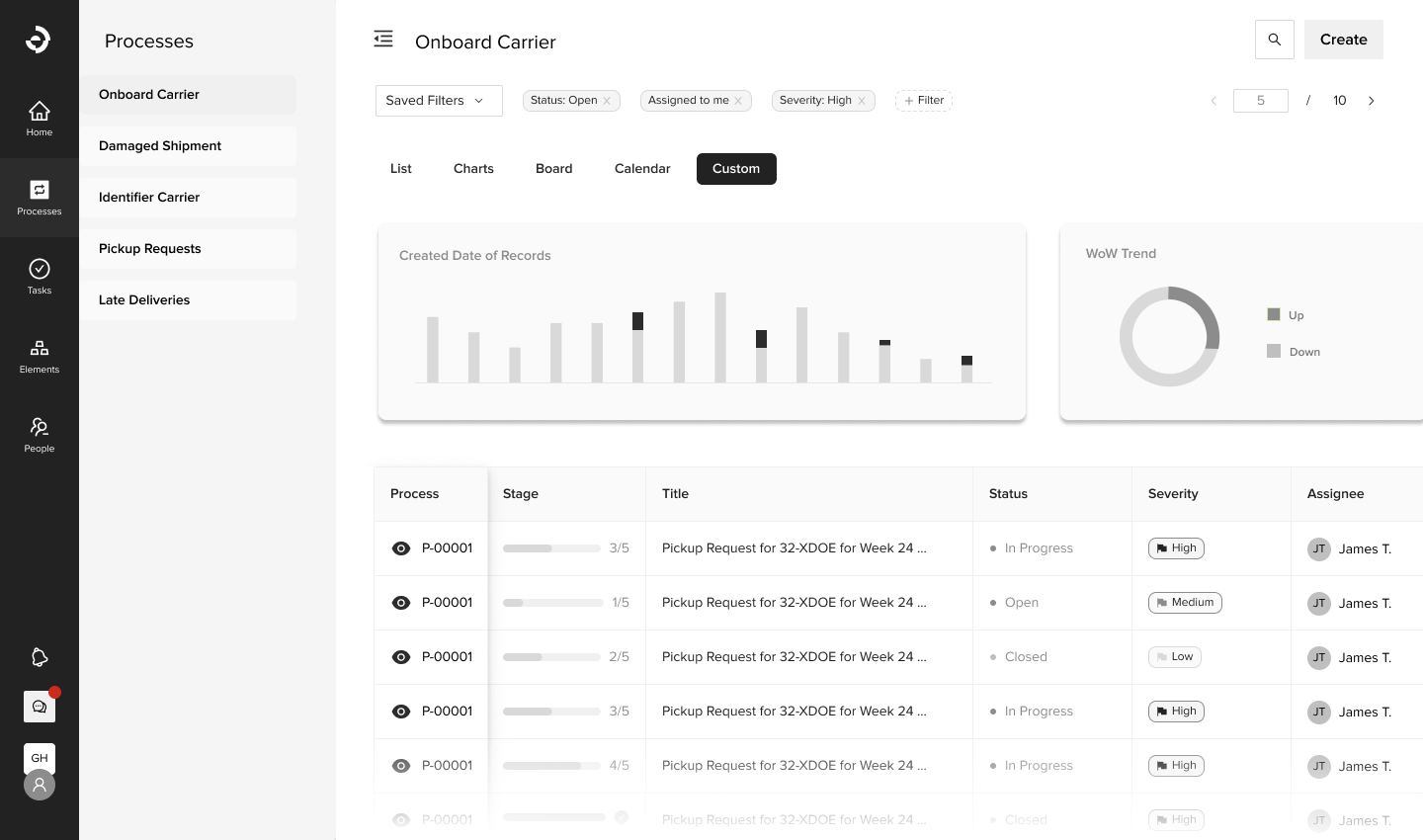 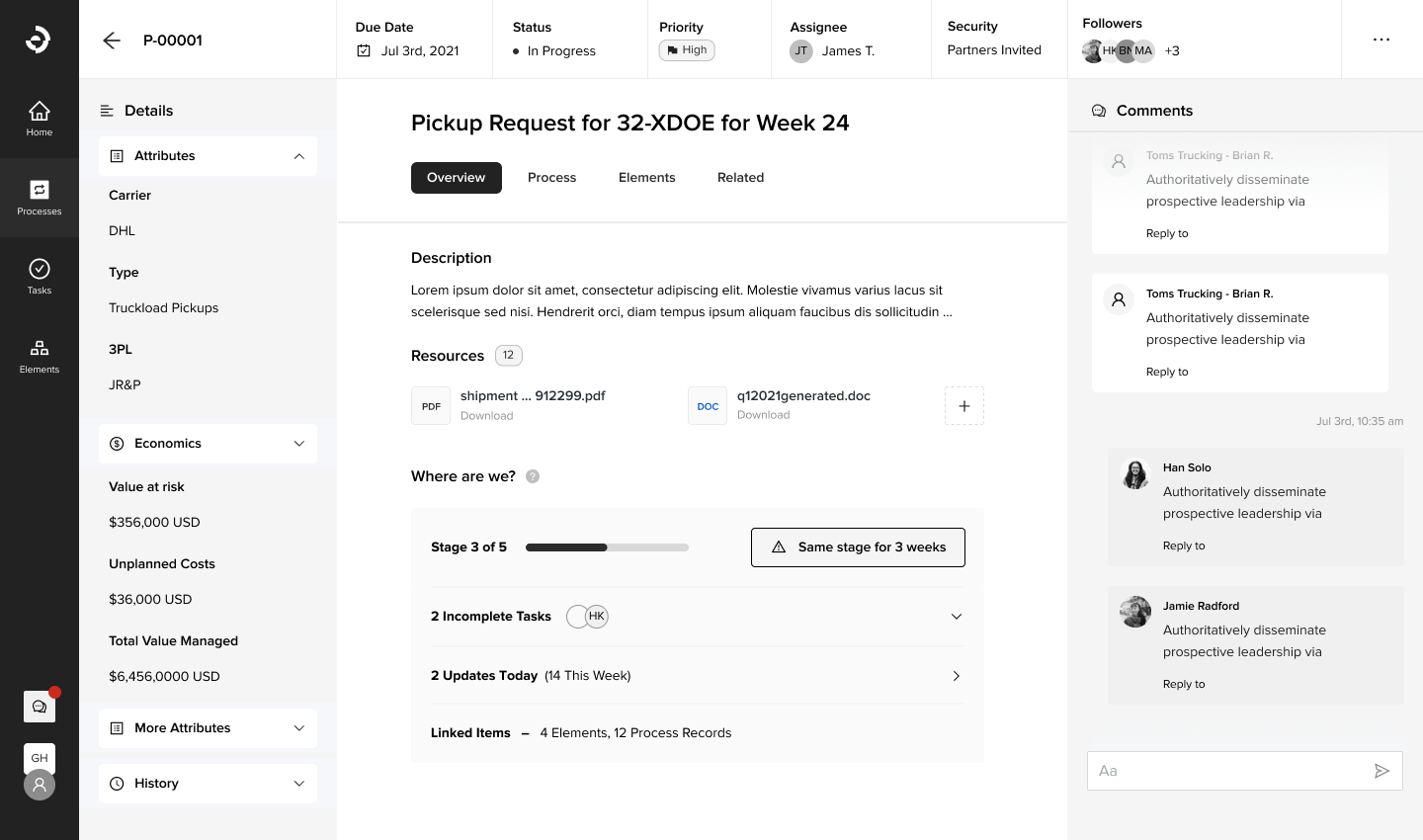 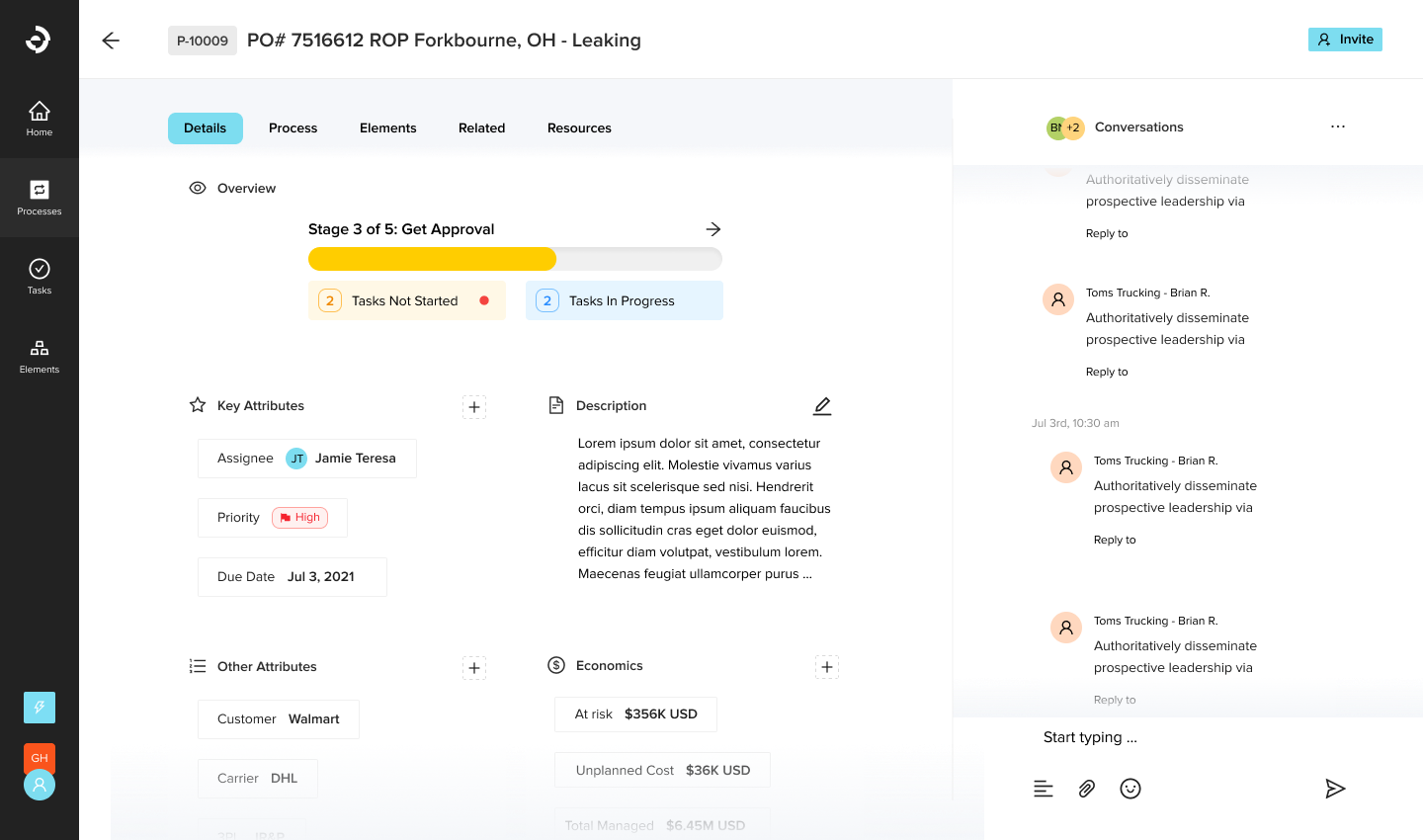 We also designed everything with an eye toward mobile responsiveness.

The mobile prototype we created:

These designs were very well received by customers, company leaders, and the engineering team. Since we worked closely with the engineering leads the whole way, they were able to prototype core pieces while we were still finalizing UI details, allowing us to incorporate heavy guidance from their learnings.
‍
We delivered on a tight timeline, and the company was able to renew key customers with the vision of this new system that could answer so many of their product requests.

I left the company soon after this project, but as I understand it, this is still the foundation for their current product and long term vision.